The oxygen is the element of life, being responsible for our breathing process. In other words, it is essential to our life, after all we would not be able to survive without breathing. So far, life on our planet is flourishing because the Earth is rich in oxygen. However, scientists have predicted that in the future, Earth’s atmosphere will once again be rich in methane and low in oxygen.

It’s not a thing to worry about right away, as it won’t happen for over a billion years or more. However, when this change comes it will happen very quickly, as the study suggests. 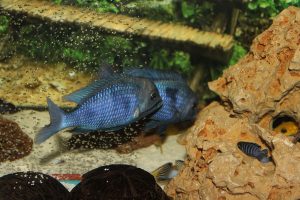 This change will cause the Earth to return to a place similar to what was known as the Great Oxidation Event (GOE), which happened approximately 2.4 billion years ago.

The researchers who carried out this new study also said that atmospheric oxygen is unlikely to be a permanent feature of habitable worlds in general. This aspect has direct implications for efforts to detect signs of life in space.

“The model projects that a deoxygenation of the atmosphere, with atmospheric O2 dropping drastically to levels reminiscent of the Archean Earth , will likely be triggered before the onset of humid greenhouse conditions in the Earth’s climate system and before extensive surface water loss from the atmosphere. “, wrote the researchers.

When that happens it will be the end for humans and most other life forms that depend on oxygen to live. This is one of the points where figuring out how to get off Earth in the next billion years is important.

The researchers made detailed models of the Earth’s biosphere. And they took into account the changes in the sun’s brightness and the decrease in carbon dioxide levels as the gas is broken down by heat levels. All this to be able to reach their conclusions. And less carbon dioxide means fewer photosynthetic organisms, which in turn results in less oxygen. 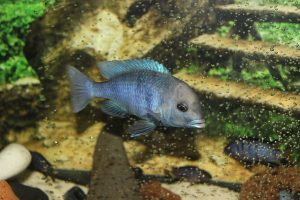 Previously, scientists had predicted that increased radiation from the sun would dry up the planet’s ocean waters in approximately two billion years. However, this new model, which is based on just under 400,000 simulations, shows that oxygen depletion will kill life forms first.

“The drop in oxygen is very, very extreme. We’re talking about a million times less oxygen than today,” said Earth scientist Chris Reinhard of the Georgia Institute of Technology.

What makes this study relevant today is the search for habitable planets outside the solar system. According to the researchers, it is possible that it is necessary to look for other biosignatures besides oxygen to have a better chance of detecting life.

According to calculations made by Reinhard and environmental scientist Kazumi Ozaki of Toho University in Japan, the oxygen-rich and habitable Earth’s time could end up lasting only between 20 and 30% of the planet’s life in total. Since the microbial life will last much longer after the human being is gone.

“The atmosphere after major deoxygenation is characterized by high methane, low CO2 levels and no ozone layer . The Earth system will likely be a world of anaerobic life forms,” concludes Ozaki.…

Today, blogging is considered the same as other types of communication via the Internet, like e-mail and text messages. You can express your thoughts easily through writing in a personal style free of censorship. Readers willing to read them will click on links in your posts to access related information, thus giving you opportunities for posting more entries. And if readers find meaningful content in your posts, they may choose to add comments or rate the articles by clicking thumbs up or down arrows.